Shout-out to Brussels education from Berry and Lefto

How we serenaded Brussels teachers

Visit website
The challenge: those who teach in Brussels deserve appreciation

Teachers make a difference. Nowhere is that more evident than in Brussels. Diversity, different languages, behavioural and emotional problems due to disadvantaged and/or problematic situations at home ... Those are all issues facing Brussels teachers, but at the same time they can really make a difference to their students’ lives.

The approach: a shout-out to every teacher

Interviews with teachers revealed that they mainly choose their jobs for the satisfaction of being able to offer opportunities to young people, of helping them and of preparing them for a successful life. They prefer to focus on the result rather than the work itself in that respect.

We opted for a campaign in several phases. We started with a broad PR wave to give teachers the appreciation they deserve. Then we zoomed in on some specific stories told by the people of Brussels, stories of how a teacher made a difference to their lives.

The campaign: stories out of respect

Brussels hip-hop artists Berry and Lefto launched a song and accompanying music video as a shout-out to all Brussels teachers. The launch was supported by a social media campaign and public relations campaign for the Brussels media.

In the second phase, some well-known Brussels people talked about their own days at school or their children's experiences. People like comedian Erhan Demirci, musician Frank Vander linden, Head of Public Affairs at Anderlecht football club David Steegen and VUB professor Damya Laoui contributed. Their testimonies were shared all over Brussels: there were posters on buses and underground trains, digital out-of-home advertising and content on social media.

Sven Gatz, Sammy Mahdi and Ahlaam Teghadouini unveiled a window painting at the Muntpunt library in honour of their own favourite teachers. Some influencers also shared their stories on Instagram and Snapchat. 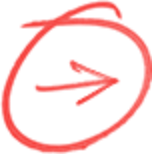 Within the first 3 days, we reached more than 63,000 Brussels residents and we generated 1,330 clicks to the website. The social media engagement was also very positive despite the difficult theme. The PR machine was also running at full speed: the launch was widely picked up in the media with articles on platforms such as de Standaard, het Nieuwsblad, HLN, Knack, Bruzz, VRT NWS and interviews on radio stations StuBru, Radio 1 en Radio 2.

In the second phase, we reached more than 53,000 Brussels residents on Facebook and Instagram and we generated nearly 2,000 clicks to the website. Snapchat provided an additional 51,200 impressions, specifically with students.

“My children still give their nursery teacher Walter a big hug when they meet him years later. Those who share love and passion always get it back.”
Erhan Demirci, stand-upcomedian